leggings are the dane cook of pants… 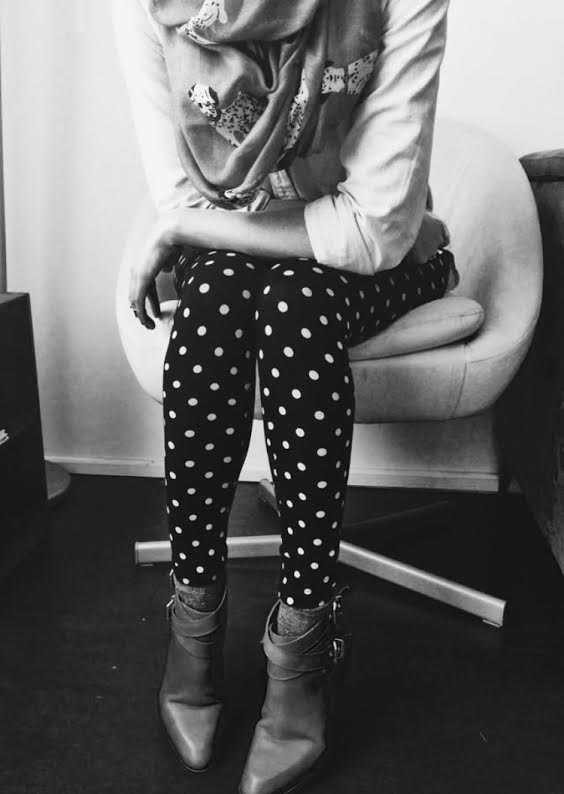 …In that they are really, really, really watered down pants that shouldn’t even be called pants, but everyone (whether proudly or shhh, in secret) enjoys them at least a little.

I went to a LuLaRoe party the other week, and I was formally briefed by a coworker prior to said party. After explaining the ins and outs of the stretchy, printed leggings world, she exclaimed, “Now that you’re a mom, you’re going to LOVE them!”

Whoa. I’m not sure who is more offended – pre-motherhood me who apparently can’t appreciate a comfy garment in a whimsical print, or post-motherhood me who apparently can’t handle actual structured clothing. Actually, nobody was offended – she was expressing her enthusiasm for the brand, and I was busy trying to pick bits of crushed pretzel off the floor of my cubicle, because I do, in fact, eat like an animal. But the point stands! Before I had my kid, I must have heard the words “postpartum”, “yoga pants”, “leggings”, and “mesh underwear” in a sentence together at least one hundred times. And I get it! Yoga pants are loose and comfy without literally being pajamas, and leggings are the same but can be disguised as grown-up clothes, and the mesh underwear was really just the best part about giving birth (you would think it would be the baby, but you’d be wrong). Leggings can be a wonderful thing, and I so appreciate their role in my postpartum style. That being said, I was anxious to start wearing actual pants again – pants that I haven’t worn for the better part of a year, pants that I missed dearly, pants I would die for, pants I love more than my husband, pants that I might be too emotionally attached to.

My point is, nobody should be shamed for wearing or not wearing leggings. But let’s all just gain some perspective on what leggings actually are. Leggings-lovers, they are NOT, in fact, full-on pants that can be worn to all manners of events, up to and including weddings, funerals, masquerade balls, and visits with international royalty. Leggings-haters, they are also NOT, in fact, tools of the devil sent up from hell to slowly leach individual style and moxie from the human race, one new mom at a time. Let’s all just treat leggings like we do Dane Cook – collectively spend a ton of money on them because we all kind of like them in some capacity, but also recognize that they probably don’t deserve all of the money we collectively spend on them. Also, don’t try to force them down other people’s throats –trying to tell your friend that LuLaRoe is more than fun, comfy leggings to wear at home or in Target is the equivalent to screaming “SOMEONE SHIT ON THE COATS” at her without giving context. Or with. It’s not a good joke.